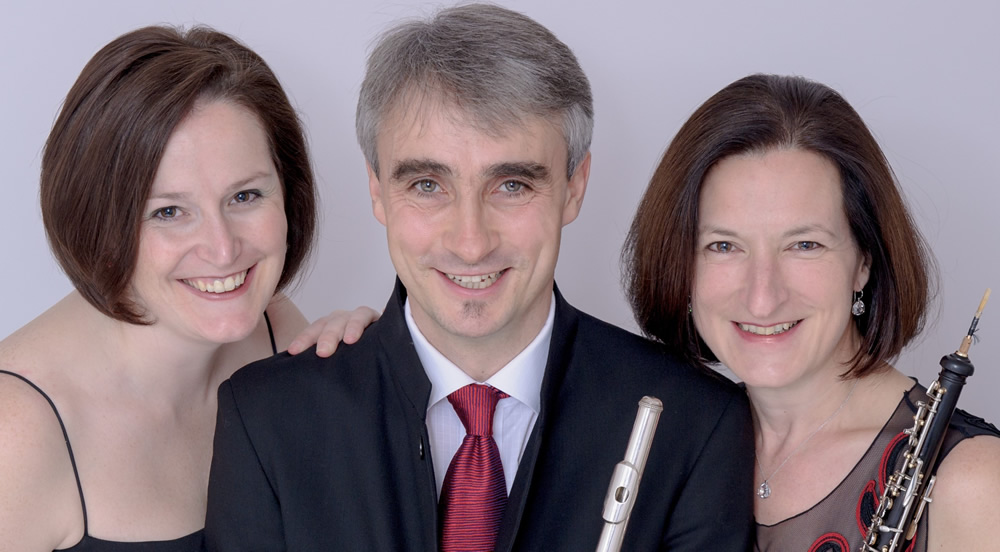 The Ellipsis Ensemble presents an original and varied programme including solos, duos and trios for flute, oboe and piano. There will be music by Bach, Mozart, Debussy ‘Syrinx’, Britten, Madeleine Dring and Thea Musgrave. Ellipsis was formed in 2009 and all the members have busy performing careers alongside being professors at music conservatoires.