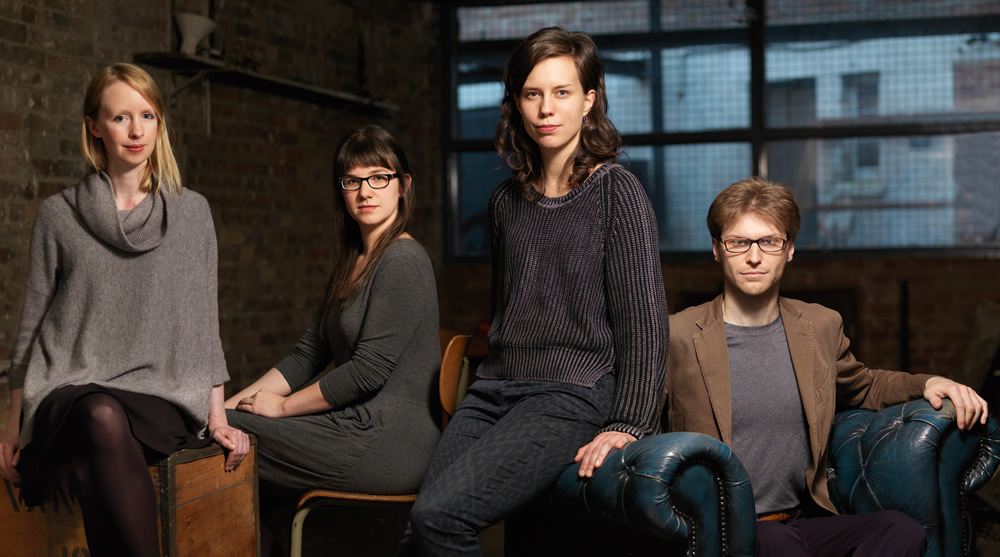 The Gildas Quartet have performed to critcal acclaim at major venues including the Bridgewater Hall, Purcell Room, Wigmore Hall and on BBC Radio 3. Praised for their ‘energy, verve and refreshing approach’, their bold and explorative attitude to performance has been recognised by the International Franz Schubert and Modern Music Competition, Graz, where they were first prize winners of the inaugural ‘Audience Engagement’ Award in 2018.
Equally passionate about new music and works from the quartet canon, the Gildas have a concert series called ‘First Nights, Last Rites’ in which they commission pieces to be partnered with late well-loved quartets. The first instalment, a new piece by Philip Cashian, was conceived alongside Schubert’s ‘Death and the Maiden’, receiving its premiere at the St Magnus Festival. They have performed with musicians such as the Brodsky Quartet, Alexander Baillie, Robin Tritschler and Matthew Barley and have recently completed a recording of two works by Cheryl Frances-Hoad to be included in a disc for the Champs Hill label.
The quartet are City Music Founadtion Artists and have recently finished their tenure as Junior Fellows at the Birmingham Conservatoire where they are now Associate Ensemble. They have frequently been featured by the Park Lane Group and are grateful for awards and support from the Tunnell Trust and the RNCM.
They have been selected to compete in both the Wigmore Hall and Melbourne Competitions later this year, and look forward to a tour of China in the Autumn and their second appearance at Manchester’s Bridgewater Hall.